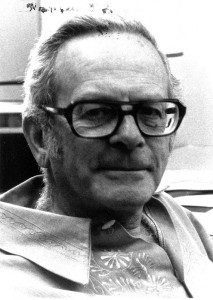 ¶ 1 Leave a comment on paragraph 1 0 Gerhard Neubeck became NCFR’s 35th President, through 1978. He was a professor of family social science at the University of Minnesota. An excerpt from his Presidential Address follows:

¶ 2 Leave a comment on paragraph 2 0 More people than ever are marrying today, and not withstanding other options, marry for the first time, a second and even marry again. And each time they expect payoffs to follow as if they had not learned anything from the previous experience . . . Permanent bonding seems to be such a powerful incentive, such an eternal invitation, if not temptation to happiness that we succumb over and
over again. What is it then that holds such attraction? I believe that there is a universal and primitive longing to be attached. The other side of the coin is perhaps less controversial: We don’t want to go it alone!

¶ 3 Leave a comment on paragraph 3 0 Neubeck’s obituary told an interesting story of a courageous life:

¶ 4 Leave a comment on paragraph 4 0 Gerhard (Gerry) Neubeck, a retired University of Minnesota family social science professor and a German Jewish athlete who was a denied a spot on the 1936 German Olympics team, died at his St. Paul home on Jan. 28. Neubeck, who in Minnesota became a pioneer in the field of sex education and marriage counseling, was 89. In the run-up to the 1936 Olympics, Hitler feared the United States wouldn’t allow its athletes to participate if Jews weren’t allowed to compete. So the Nazis put on a charade, allowing Jewish athletes such as Neubeck, a runner, to train in a segregated Olympic facility. Days before the games, all were told they weren’t good enough to compete. In a July 17, 1996, Star Tribune article, Neubeck found a positive in the Nazi ruse. “It was an honor for me to at least have an acquaintance with an important event like the Olympics,” he said. On Nov. 9, 1938, Neubeck was beaten senseless by Nazi thugs. It was Kristallnacht, the infamous “Night of the Broken Glass” when Nazi storm troopers attacked thousands of Jewish businesses, synagogues and homes across Germany. The Neubecks’ apartment was demolished and his father was beaten as well. “You could have been killed at any time and nobody would know about it,” Neubeck said. Neubeck and his parents fled to the Netherlands, and then to the United States in 1940.

¶ 5 Leave a comment on paragraph 5 0 In the United States, he earned a degree in personnel and guidance and a master’s in psychology. In 1946, he moved to the Twin Cities, where he worked for a social service agency and as a University of Minnesota instructor. He earned a doctorate in education at New York’s Columbia University, returning to the University of Minnesota in 1953 as a marriage and student counselor. In the 1960s, he began teaching a human sexual behavior class for undergraduates at the university. It was the first such class in the nation, according to Sally Maison of Bozeman, Montana. Neubeck’s classes were packed. “It was controversial,” said Maison, who was his student and later a colleague. Maison said Neubeck’s experiences at the hands of the Nazis made him “enormously loyal. He had this collection of students and friends,” she said. “We were like his kids.” And when Maison struggled as a single mother of four, he served as her mentor. “He saw me through my darkest days,” she said.

¶ 6 Leave a comment on paragraph 6 0 “He was a superb marriage counselor and counselor of individuals,” said James Hawkins of Minneapolis, a retired marriage and family therapist. He was among the nation’s first marriage counselors, Hawkins said. Neubeck retired from the university in the mid-1980s. In retirement, he enjoyed playing tennis and squash and riding his bicycle. His first home in the United States was Brooklyn, and he remained a Dodgers fan. And he especially liked to write poetry for family and friends. “He wrote for every occasion,” said his daughter, Eva of Golden Valley. “It was his way of connecting to people.” In addition to his daughter, he is survived by his wife of 67 years, Ruth of St. Paul; a son, Peter of Golden Valley; seven grandchildren and three great-grandchildren. A son, Ralph, died in 2004. Services will be held at 2 p.m. Feb. 17 at McNeal Hall, 1985 Buford Ave. on the University of Minnesota’s St. Paul campus. 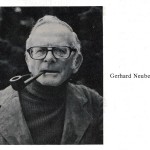 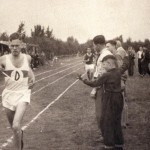