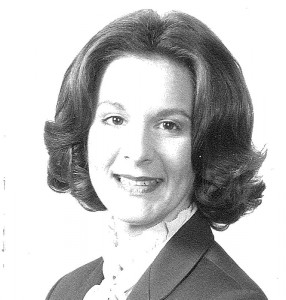 ¶ 1 Leave a comment on paragraph 1 0 The Strategic Planning Committee for the future of NCFR was identified as the major Board activity. President-Elect Lynda Walters was appointed chair of this committee, which was scheduled to meet in January. The Stevens Group continued to consult with the committee on this important project. Both strengths and weakness of the organization, as well as core values, were identified as a guide to NCFR’s longevity. These included overall excellence in programs; financial stability; NCFR’s diversification; organizational stability (its long history); integration, continuity, and efficiency of structure; and appreciation for multidisciplinary views.

¶ 2 Leave a comment on paragraph 2 0 At the April 6, 1990, Board meeting the strategic plan was unveiled, including constitutional changes that would be needed to implement the plan. The complexity of the organization was demonstrated by overlapping circles in an attempt to define what NCFR was and whom it serves. The primary target group was researchers and users of research. Overlapping groups included educators, therapists, and legislative policymakers. The most important programs identified were the Annual Conference and publications.

¶ 3 Leave a comment on paragraph 3 0 The changes recommended were the elimination of the Family Resources Database and the CFLE program. In its place would be a family life education curriculum guidelines publication, and NCFR would evaluate curriculum materials for colleges and universities. The Annual Conference would be restructured to have a central program committee for decisions on who presents and for quality control. The Association of Councils would no longer receive rebates from NCFR and would pay an annual $25 fee for services rendered. The NCFR Board structure would also be changed to give the Executive Committee more power, with the full Board making only policy decisions, eliminating the Membership Vice President position, putting students into their own student section; and eliminating the Affiliated Councils President-Elect position on the board. One new standing committee would be formed: the Affirmation of Women and Minorities Committee (to ensure involvement of women and minorities in NCFR leadership roles). All focus groups would be required to belong to a Section and must have at least 15 NCFR members to be recognized. The financial results of implementing this plan were projected to fall in the first 2 years but recover to a high level in the third year.

¶ 4 Leave a comment on paragraph 4 0 In an effort on the part of the Board to be transparent, members were invited to respond to the strategic plan changes, which they did in an astounding fashion. Over 128 letters, a petition signed by 121 CFLEs, and numerous phone calls, as well as the loss of over 150 members, carried a strong message that members needed and wanted some form of standards of practice in family life education. 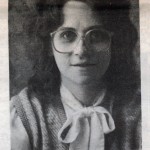