Thinking of our late colleague, Alexis Walker, on her birthday 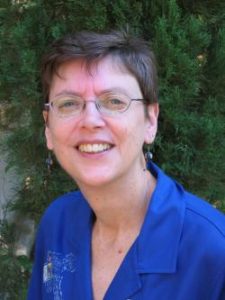 She received her Ph.D. from Pennsylvania State University in 1979 in human development and family studies, and began her teaching career at the University of Oklahoma, where she was promoted to associate professor with tenure. In 1986, her career took her to Oregon State where she was a professor, chair of the Department of Human Development and Family Sciences (HDFS) and co-director of the graduate program in HDFS.

Alexis was one of the inaugural class of NCFR Fellows (an idea she initiated with the NCFR Board of Directors during her presidency). She was also a Fellow in the Gerontological Society of America. At Oregon State she won the Carl L. Anderson Outstanding Faculty Award. Alexis was the editor of the Journal of Marriage and Family from 2002-07 and served on the editorial boards for numerous journals. Her final award, announced just a week before her death, was the receipt of NCFR’s Felix Berardo Scholarship Award for Mentoring.

Read more about Alexis Walker in the NCFR History Book.